These photos symbolize the road to achieve your goals.
Think about what you want to achieve.
Do the research and the reading that will help get you closer to your goal. Read profiles and biographies of people who are successful in your area of interest.

I love to write and I love the writing of the late John Updike, so I read books by him and about him. 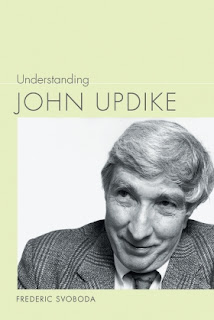 Apply this idea to what or whom you like.

Most importantly, Don't give up!
Just because Sisyphus could not roll the stone over the hill doesn't mean you can't.

My guiding quote is from the great Stephen King

Amateurs sit and wait for inspiration, the rest of us just get up and go to work.”


So, whatever your goal may be, don't sit around daydreaming and waiting for inspiration. Think of a plan of action and do it.

Literacy Narrative--- Tom Molinaro
On his last day, my father was in the middle of a book, a Western by Louis Lamour, his favorite author. He lived a long life, dying at ninety, and during those years, he spent countless hours reading. In fact, he was reading at least two novels a week for the last 25 years of his life. Although he never advanced past the eighth grade—having to leave school to help work on the family farm in Canton, Ohio—that didn’t stop his thirst for knowledge and his voracious appetite for books. Fortunately, some of that rubbed off on me, though I’m a minor league reader compared to him.
Every night when he came home from work, I’d greet him at the door. He carried a slight scent of fuel oil, which he delivered to homes scattered across the five boroughs of New York City. After washing his hands, he would settle down in his favorite chair and open the Daily News. I sat on his lap and asked him to read some of the stories aloud, especially the ones about football. (My father followed the Cleveland Browns, much to the dismay of his New York Giants loving friends.) I can remember the smell of newspaper print, the aroma of meat being sautéed in garlic and oil, as my mother worked her magic by the stove, and hissing radiators which warmed us through the coldest winter days, by oil powered steam heat. My father wouldn’t have it any other way.
Though we were all delighted when he was home, there were times when he worked long hours, delivering fuel, when the cruel northeast winds brought blizzards and temperatures dipped into the twenties. He would try to compensate for his absence by bringing home treats and sometimes toys for me and my sisters. One of those toys created a direct link with my fascination for stories.
On a cold winter evening, well after we had all eaten our dinner and my mom had put aside a plate for Dad, we heard his footsteps in the hall. As he opened the door, shaking the snow from his boots, a chill swept through the house. Dad’s arms were laden with offerings which he placed on the dining room table: candy for mom, dolls for my sisters and a box for me, which I thought was filled with toy soldiers. They were soldiers of a sort, but not from any period with which I was familiar at the time. They were beautiful replicas of medieval knights in chainmail and armor, some on foot; others, mounted on steeds, all armed with swords and shields.
“Why don’t we call these the Knights of the Roundtable,” he said, sorting out ten or twelve plastic warriors.
“Which round table do you mean, Dad,” I asked, puzzled. I was then given a brief synopsis of the Arthurian legend: the king himself, Guinevere, Lancelot, the Holy Grail, and some other pertinent figures. I sat silently and motionless, drinking in every detail.
“Would you like me to read a book to you about these adventures?”
“Yes, yes, please,” I said. “When can we begin?”
“I’ll tell you what,” he said. “Tomorrow night, right after dinner, we’ll go to the library. They’re open late on Wednesdays,” he said.
I remember browsing the stacks of the children’s section of the library, holding his hand, my head barely reaching his waist. The cool, crisp glow of the fluorescent light shined off the hundreds of titles. As we continued our search, I ran my fingers, slightly, across the spine of every book I could reach. At that moment I hoped that someday I would be able to read these books for myself, and to read as well as Dad.
“Ah, here it is,” Dad said excitedly, “King Arthur and His Knights, by Howard Pyle.”

That night we read, rather he read, Howard Pyle’s classic till my bedtime. This was the first time he read a story to me that was not filled with pictures or intended for a very young audience. Although he used to share what he was reading—Zane Grey westerns and magazines like Time and Popular Mechanics—I absorbed little as the words just skimmed over my head.
I just enjoyed being close to him, something which more than compensated for any boredom I had felt from the things he liked to read for himself. After all, I was only six years old.
As he read the Arthurian tales, I could imagine the musty smell of the King’s castle, the landscape of Camelot, and the clothes the people wore, especially the armor encased Knights.
I learned new phrases, greetings, and customs like “a flagon of wine,” “by your liege,” and jousting tournaments in which brave fools would risk their lives for the honor and love of a fair maiden.
As years past, I began to read on my own and my interests became more diverse. My zeal for kings of ancient Britain had waned, but I had developed an insatiable thirst for story, a thirst I carry till this day, and which is only satisfied by a dive into the river of a good book.

School is over and I'm happy.


The summer semester at NCC ended this past Thursday, June 27, but I had to finish reading the last set of papers and enter the grades. However, as of four a.m. this morning, I'm free. I don't have to teach until August 20th, and I'v decided to make this week my vacation week. That is, I'm not going to think about the fall semester until Monday, July 8. Lots of time ahead with no strings attached, but I still will stay focused on my goals, especially my writing.
at July 02, 2019 No comments:

Everytime I think I've heard the stupidest thing that a majority of Americans believe, a new revelation surpasses it. 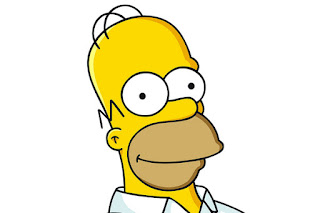 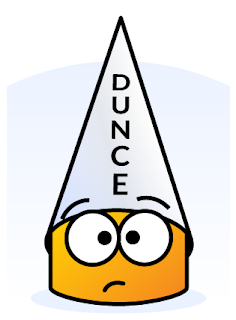 Now get this: A poll shows that 56 % of Americans don't want their children to be taught Arabic numerals in school.

Guess what? We already use them. Our number system is based on Arabic numerals.  Read more about it in the article posted on the Daily Kos blog. Click the link below.

For examples of extensive ignorance of many Americans, you might want to read either or both of these books:

Just How Stupid Are We?  Rick Shenkman

Blind pursuit of Equal OUTCOME leads to an "Abomination of Justice" - Jo...


An interesting look into some erroneous assumptions by social justice warriors. As Benjamin Disraeli said,  "There are lies, damn lies, and statistics. In his lecture to college students, the brilliant and always logical, Jonathan Haidt, demonstrates, with irrefutable evidence, that the reason there are many more men working in technology (think Silicon Valley) than women is that most women don't want to work in tech. The best indicator of this is a surveys that were conducted with high school students. However, watch the video, and you'll get the whole story.

Some Americans are ignorant and proud (S1E92) How many pounds are in a ton?


This is sad. It frightens me that some of these people probably vote.

"Songs Remind me of You" 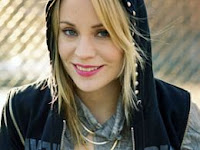 COGNITION PERSISTENCE READING These photos symbolize the road to achieve your goals. ...